See The Designs For The MAD MAX: FURIOSA Anime That Never Happened

Along with companion projects for Mad Max: Fury Road that came to fruition (the game, the comics, etc.) there were ones that unfortunately didn’t.

Well, that was a real project, only it hadn’t been intended as a sequel or even a live action movie but an anime movie that was to be a companion piece to Fury Road.

The project didn’t happen but below are some early designs for the anime project done by Mahiro Maeda, the designer for Gankutsuou: The Count of Monte Cristo, who also diddesigns for Evangelion and contributed animation to Nausicaa, Castle in the Sky, and Porco Rosso.  It was going to be in 3D and Miller had planned to do it after an early attempt to make Fury Road in 2009 had failed and Miller’s Justice League project had been canned as well. Said Miller in an old interview with MTV:

The anime is an opportunity for me to shift a little bit about what anime is doing because anime is ripe for an adjustment or sea change. It’s coming in games and I believe it’s the same in anime. There’s going to be a hybrid anime where it shifts more towards Western sensibilities. [Japanese filmmaker Akira] Kurosawa was able to bridge that gap between the Japanese sensibilities and the West and make those definitive films.

As for why the anime never happened, that was a casualty of the same flooding problem that further delayed the shooting of Fury Road. In 2010, the production for Fury Road got delayed due to heavy rainfall in the desert where Miller wanted to shoot, and this delay unfortunately affected the Furiosa anime as well. Said Miller to CinemaBlend:

We were going to do it, but with the second delay we were rained out, and it fell apart. And by the time that we had to scramble to get the movie going again we just had no time to get involved. It was an casualty of the delay.

Well, that sucks. But at least we get to have a peek at these few tantalizing designs. And now that the film has been successful, maybe we’ll end up seeing the Furiosa anime someday after all. 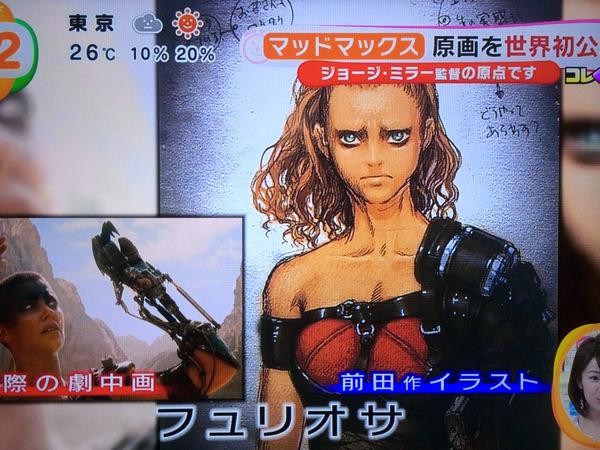 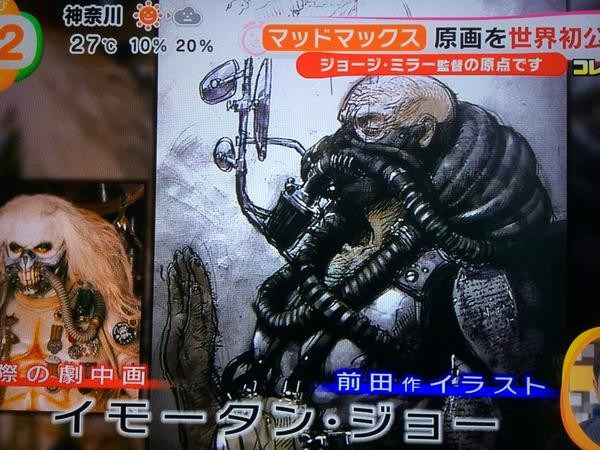 And here’s a video, though it’s in Japanese so we can’t make heads or tails of it.