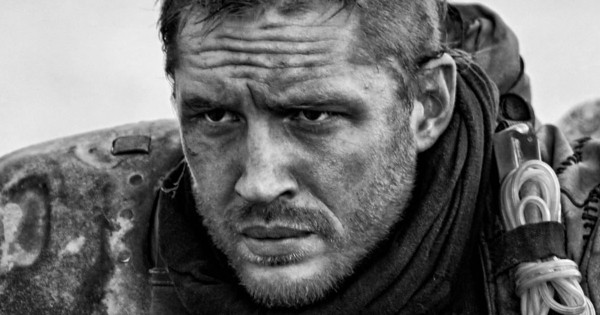 Details for the U.K. release of Mad Max: Fury Road have been revealed at Blu-ray.com, and while the list of bonuses is extensive, there doesn’t seem to be the anticipated black-and-white version on it. Here’s the list of features:

For those in the U.S. who were looking forward to the B&W version, don’t despair yet. It’s possible that the U.S. version of the Blu-ray will be a bit different and include the B&W film. Or it’s also possible that the B&W version will indeed be on the U.K. disc but hidden as an Easter egg. Whichever of these it may end up being, the movie does indeed exist as a B&W version. Will McCrabb tweeted that he had seen it screened at WB, after all:

I was lucky enough to see GEORGE MILLER'S B&W version of #FuryRoad at WB's this morning. John Ford on Acid Historic! pic.twitter.com/PVOoFA1TKW

So hopefully it will be included on the U.S. version, but if not, at least we can imagine what it might have been like with this fan-made B&W trailer: