Mad Max Universe May 30, 2015 News Comments Off on 6 Crazy Things We Learned About Furiosa’s Stuntwoman 4,774 Views 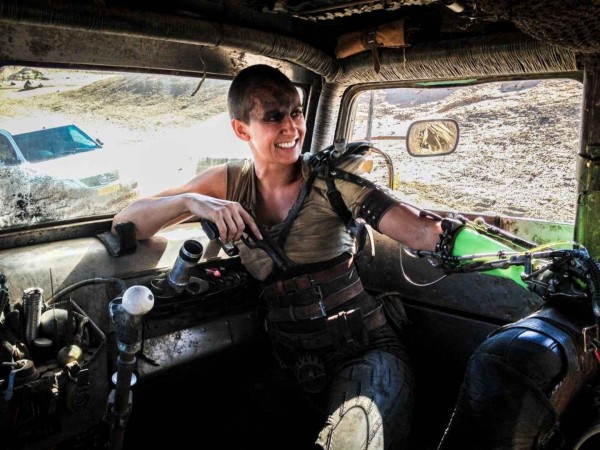 For anyone interested in the mind-boggling hard work and talent that occurs behind the scenes of making a monster of a film like Mad Max: Fury Road, a new interview by Playboy writer Jenni Miller with stuntwoman Dayna Grant is mandatory reading and gives a better sense of just how grueling and exhausting the eight months of shooting in the desert must have been for the entire cast and crew.

For those who just want a quick summary, here are some of the impressive things we learned:

1. Grant’s worst injury on the set was falling off the side of Immortan Joe’s monster truck while the truck was moving and getting knocked unconscious (viewers may recall the scene when Furiosa hangs off the side of the truck). Yikes.

2. She spent five days in the hospital after becoming dehydrated from food poisoning during the days of shooting fight scenes with Tom Hardy. Double yikes.

3. There were no rehearsals for the scene in which Furiosa climbs under the War Rig and Grant didn’t even know they were going to begin shooting it on the day that they did. Um… triple yikes??

5. Even off time was difficult. In the house where Grant was staying with her family near the Namibia desert, locals broke in twice. Y… I mean, uh, very interesting.

6. The entire shoot was so tough that there were people who literally quit the production. Yes, interesting indeed.

All this kinda makes you respect the movie and its team even more, eh? It also further confirms what we’ve been saying all along: George Miller is insane. 🙂

Want to read the whole interview? Here’s the link.